Icarus is a go!

On Friday the 8th of December at 9:45 am, the Bold Park Community School Space Probe Project (SPP) team launched a probe, named Icarus, into the stratosphere to take high-res images of our beautiful planet from on-high. 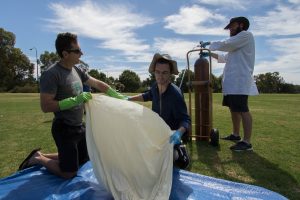 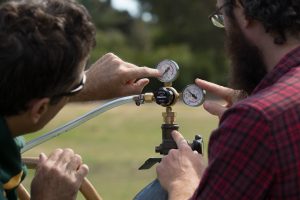 The Space Probe Project (SPP) comprises three children with a sky-high dream: Ben (Year 5), Noah (Year 5) and Michael (Year 6). Their goal was to send a probe with a camera, GPS, and other components more than 30 km into the atmosphere to take pictures and explore the stratosphere.

“This project will further develop our project and STEAM skills, and further our learning by teaching us the composition of our atmosphere and the rewards of perseverance”, said Michael.

The SPP team devised their plan in term one during the class’ allocated project time, and have been planning and working hard to see it come to fruition. After several meetings with the school’s Principal, Paul Whitehead, the team united under the enthusiasm and guidance of Rhys George (Arts Team Leader) and Trent Betts (Year 5/6 classroom teacher).

“The students demonstrated their excitement and vision early in the year and sustained it for the duration of the project. They have been professional in their approach, since their first meeting with the school’s Principal and Team Leaders, discussing the project with the community and to achieving their goals. Their approach has made them feel more like colleagues than students, as we have worked together”, said Arts Team Leader, Rhys George.

The SPP team over the course of the project have liaised with specialists to work out the payload, the size of the parachute as well as going through a tendering process to secure the resources required. In particular Jason Hoogland, a noted physicist, who volunteered his time on the project to assist the boys with the launch logistics. 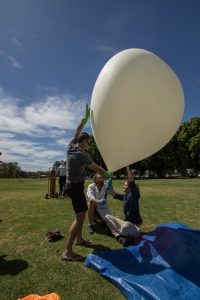 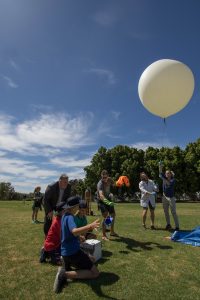 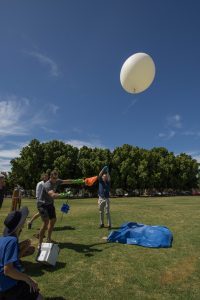 Early this morning Rhys, contacted Perth Terminal Control Unit (TCU – Air Traffic Control) to notify them of our launch and get approval. CASA also pushed what they call a NOTAM, a Notice to Airmen, which notified all aircraft of our light balloon launch and projected trajectory. The SPP team anticipate that the probe will ascend to a height of 32,000 metres where the light balloon will burst, the parachute deploys and the probe with its payload will gradually descend back to earth. 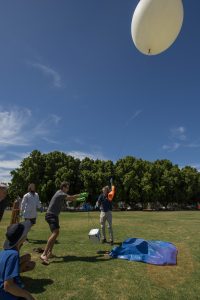 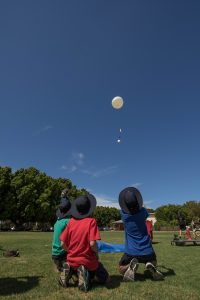 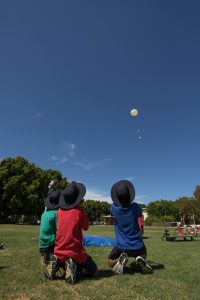 The school community joined the team on the grass outside the Lake Monger carpark and Bold Park Community School, to release Icarus. Icarus started its flight path at approximately 9:45 am heading South West away from Bold Park Community School. At 10:06 am it suddenly changed course with the winds and started heading South East. At 10:21 am it had reached Kings Park and took only six minutes to cross Kings Park and make its way to the Narrows Bridge. The probe then started heading easterly with only a slight South heading. At approximately 10:38 am it was passing Perth Airport and the team predicted that it had reached a height of 13,680 metres. The team estimates that it is rising at a rate of 6 metres per second and is closely matching the predicted flight path. Still heading East, the probe started travelling north crossing Kalamunda at 10:41 am and passing Mundaring Weir by 10:46 am.

The SPP Team are grateful for the assistance from Brendan at the TCU Perth, Lindsay from Helicopter Logistics, Jason Hoogland, Physicist as well as the many other aerospace specialists who assisted them with their project. 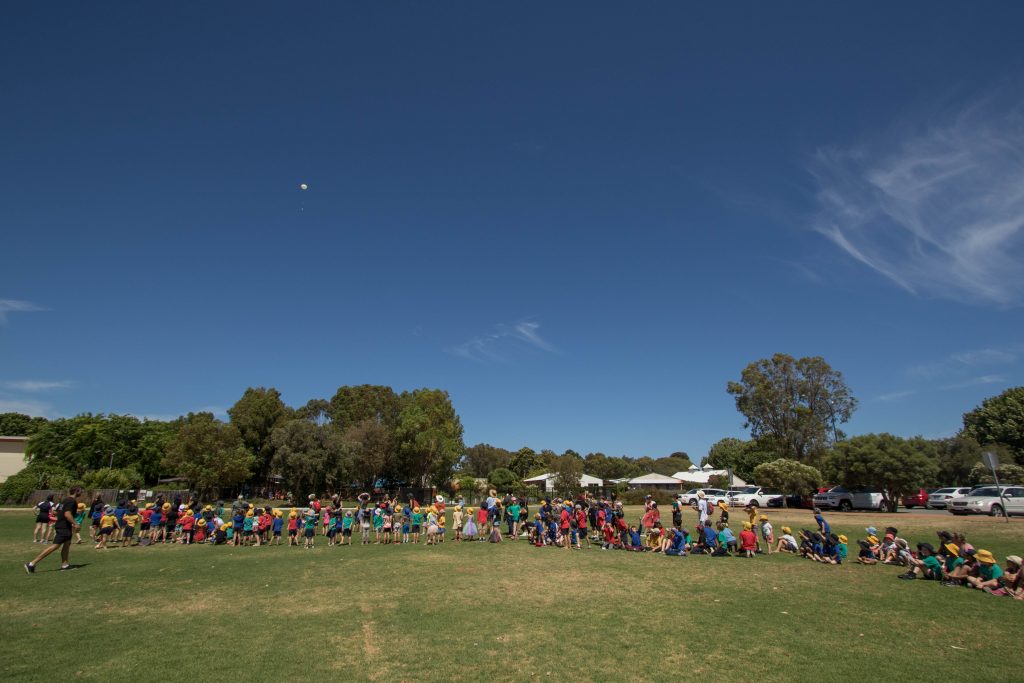 What did ICARUS see?

You can see the Icarus probes flight path through this link.

Also – This story made the POST Newspaper – Read the article here! (Front cover and Pages 34/35)! 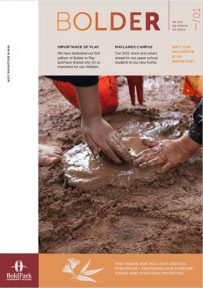 Our key purpose as a learning community is to “Reimagine what a school can be by cultivating a community... Read more

Certificate IV Design After establishing a virtual relationship with Will from Blankwalls earlier in the year, our ‘real-life’ mentoring... Read more 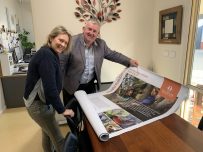 We are thrilled to be working with Angela Mitchell (Graphic Designer and Bold Park parent) to make visible the... Read more